Hi all
Back again and sharing my new lanyard patterns with you. Earlier I posted patterns with split rings and beads in My Lanyards. When it was discovered that the Dot Picots can be tatted on bare thread, I tatted  laces on a single shuttle. The same method of stringing Dot Picots is used for spectacle strings, all tatted in Anchor thread no.20. You can zoom in on my working pics for a closer view. 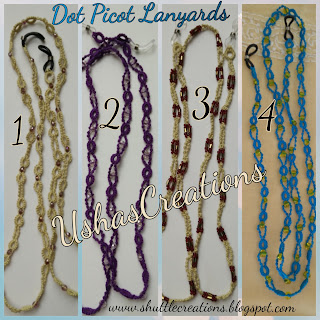 Lanyard No 1
A Combination of Split Rings, Dot Picot String and crystal bead is used in this lanyard. The cocktail colour crystal goes well with lighter shade of the thread. As seen in close up pic below, the crystal bead is strung and dot picot strings are tatted individually on each shuttle in between two split rings alternatively. 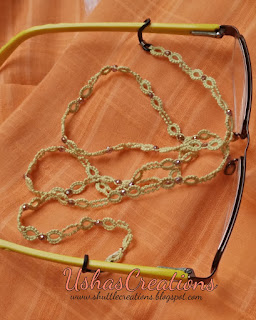 Lanyard 2
A dark purple thread with white crystal used in this lanyard. The crystal strung in middle of the Dot Picot Strings gives a different design pattern. 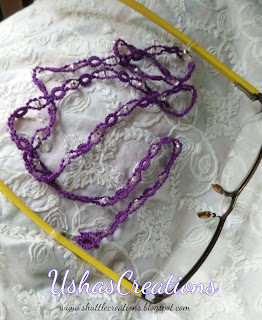 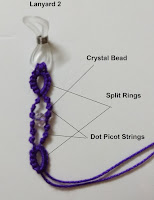 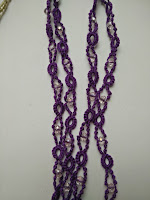 Lanyard No 3
Here the variation is in beads too.  Two tiny maroon beads on both sides of each golden bugle bead are arranged to avoid the latter from cutting through the thread. Small split rings of 2/2 ds tatted on either side of beads and Dot Picot strings. 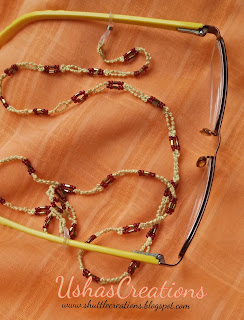 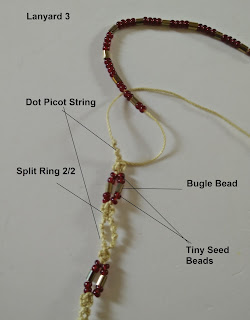 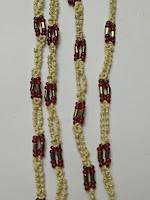 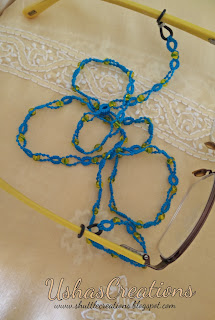 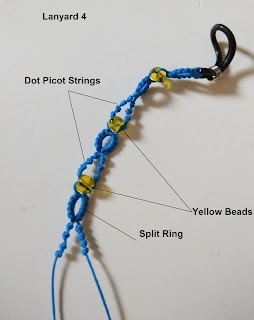 Dot picots in tatting are very convenient to use anywhere and in any application. Why not try them now?